I know I look fine and I also am aware I am only in my 20’s. I get so tired of being reminded of that almost everyday. I wish I felt my age and not like I’m an 80 year old. A lot of people can’t understand what they do not know. I get that but if you don’t know about it then don’t judge someone who is suffering about it. Nobody wants to live their life in pain everyday, especially while they are really young.

Here is a little insight about invisible illnesses that people suffer and most don’t realize. When I was around 11 or 12 my symptoms started which was crazy because I was always such a healthy kid, so what is going on? I was an athlete and played soccer which was my passion. I remember getting done playing a game and looking down at my hand because it was hurting very badly. When I looked I realized one finger was completely white as snow and just so painful. I showed my mother and she had no idea, we went to the doctor and showed them; they didn’t know either, I mean I was only about 12 who would think it was anything serious. The years went by and that one finger that turned white, went to every single finger and toe. I finally found out it was Raynaud’s disease. It is a disorders where when you get cold or stressed you loose the circulation in fingers and toes. Sometimes it is mild but some are severe where it almost seems constant.

So I have Raynaud’s, there isn’t much I can do I’ll just wear gloves. Time goes by a year or so later I start realizing my body aches unusually bad for only being around 16. My friends would think I was being dramatic when it would be storming and my knees would hurt so bad I could barely walk. It would not go away, what could it be? I went to the doctor once again and they decided run some blood tests to rule out things, like arthritis, they said it would be highly unlikely for that to be it. Like I was, I bet they were just as shocked as when it came back as rheumatoid arthritis.

So now I’m a 16 year old with Raynaud’s and rheumatoid arthritis who would of ever thought. The pain still stayed getting worse everyday but I’d just act like nothing was wrong. A few years later I get hospitalized, for my blood platelets getting too low. See people usually have over 150k blood platelets in their body, I only had 1k. That right there was a rough year. They figured out I had ITP and it was rough with all the Blood transfusions, infusions, highest dose of steroids they could give me. They couldn’t understand why nothing was working to keep them level, so they suggested a few things; removing my spleen, a bone marrow biopsy, or chemo therapy. I chose the chemo therapy. I did that once a week for a month and boy did it knock you on your butt. It had seemed to work though I have been in remission.

So I’m thinking everything is finally fine but I should have known. A year later it was summer and I started noticing every time I went out into the sun my arms would get scolded. They honestly looked like someone poured boiling hot oil all down my arms. I always have tanned and never been sensitive to the sun. I was clueless, I got sicker, my body hurt worse, and all around just miserable. I got sent to a rheumatologist who did lab work. My blood work came back positive for rheumatoid arthritis and lupus. He ended up telling me I have MCTD (Mixture Connective Tissue Disease). It was never ending I felt like. Every time I go to the doctor it is something new. So in my naive way I stopped going to doctors. If I didn’t think about it I wouldn’t have to worry about it right?

That’s not right though, I finally made an appointment to go back. My pain is constant and chronic. I get random symptoms, honestly I have no idea what I’ll wake up with. I can never get rested because of chronic fatigue. I find myself forgetting things quite frequently and forgetting what I’m going to say in the middle of a sentence. It scares me honestly I am only 27. Am I going to be disabled before 30? Will I have to have a walker or cane to just get around? Will one of my main organs get affected and shut down?

I might be young and look fine on the outside, but don’t judge me when you have no idea the battle I’m going through on the inside. Nobody knows about battles anybody is facing so don’t just assume anything. Yes I’m young and look healthy but have you walked a day in my shoes? I bet if you have you’d never judge another person again. 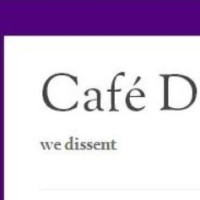